The Revitalization of a Thriving Community

The town of Prattsville is located in the northwest corner of Greene County, surrounded by the Catskill mountains. It borders the towns of Ashland to its east and Lexington to its south.  Schoharie County borders Prattsville to its north with Delaware County to its west.

The area was first settled in 1763 when the region was known as ‘Schoharie Kill’.  It was later named for Zadock Pratt, a congressman and prominent citizen. Pratt built a tannery (using the native hemlock trees for tannin) larger than any other in the world at the time, helping it become a major town in upstate New York. His life is depicted through as series of stone carvings called Pratt Rock which he commissioned during his lifetime.

On August 28, 2011, Hurricane Irene caused record flooding in the town by Schoharie Creek, causing major damage. Every structure in the Main Street business district was partly or fully destroyed, including all 22 of the town’s businesses. Eleven houses collapsed in the flood, fifteen were condemned and torn down, and more than 100 homes were so damaged that the residents couldn’t return to them, but amazingly there were no fatalities. Governor Andrew Cuomo cited Prattsville as the place hardest hit by the storm in all of New York State.

The recovery began immediately as this close-knit community banded together for support.  The Town of Prattisville received funding from a variety of agencies to assist in the aftermath of the hurricane, including FEMA. New York State’s Community Development Block Grant (CDBG) and Main Street programs, the Catskill Watershed Corporation (CWC) and the Greene County IDA.

Greene County’s Department of Economic Development, Tourism and Planning was extremely active in Prattsville after the hurricane, along with not-for-profit organizations such as the Huntersfield Christian Training Center and Catskill Mountain Housing Development Corporation.  Along with emergency relief, existing funding sources were targeted to Prattsville to speed up recovery.

Prattsville was one of the first NY Rising communities named for relief from Hurricanes Irene and Sandy, and the Prattsville Revitalization Plan created by Margaret Irwin of River Street Planning with the assistance of a largely pro bono team of professionals, was selected to be presented at the Governor’s Storm Recovery Conference and won an award from the American Planning Association.

Today, Prattsville is thriving with over 40 businesses along the Main Street corridor and on NYS Routes 23 & 23A to the east and south.  This community of just over 700 full time residents serves a significant number of visitors for vacation stays, day trips, or travel through the town to other destinations.  The revitalized business district is delightfully laid out with ample on-street parking and newly improved, lighted sidewalks (completed in part with funding from the NYS Department of State and the Main Street Revitalization initiative).  Conine Field, home to the town’s Little League was also destroyed by Hurricane Irene, but has been beautifully restored as a pastoral gateway into the hamlet. 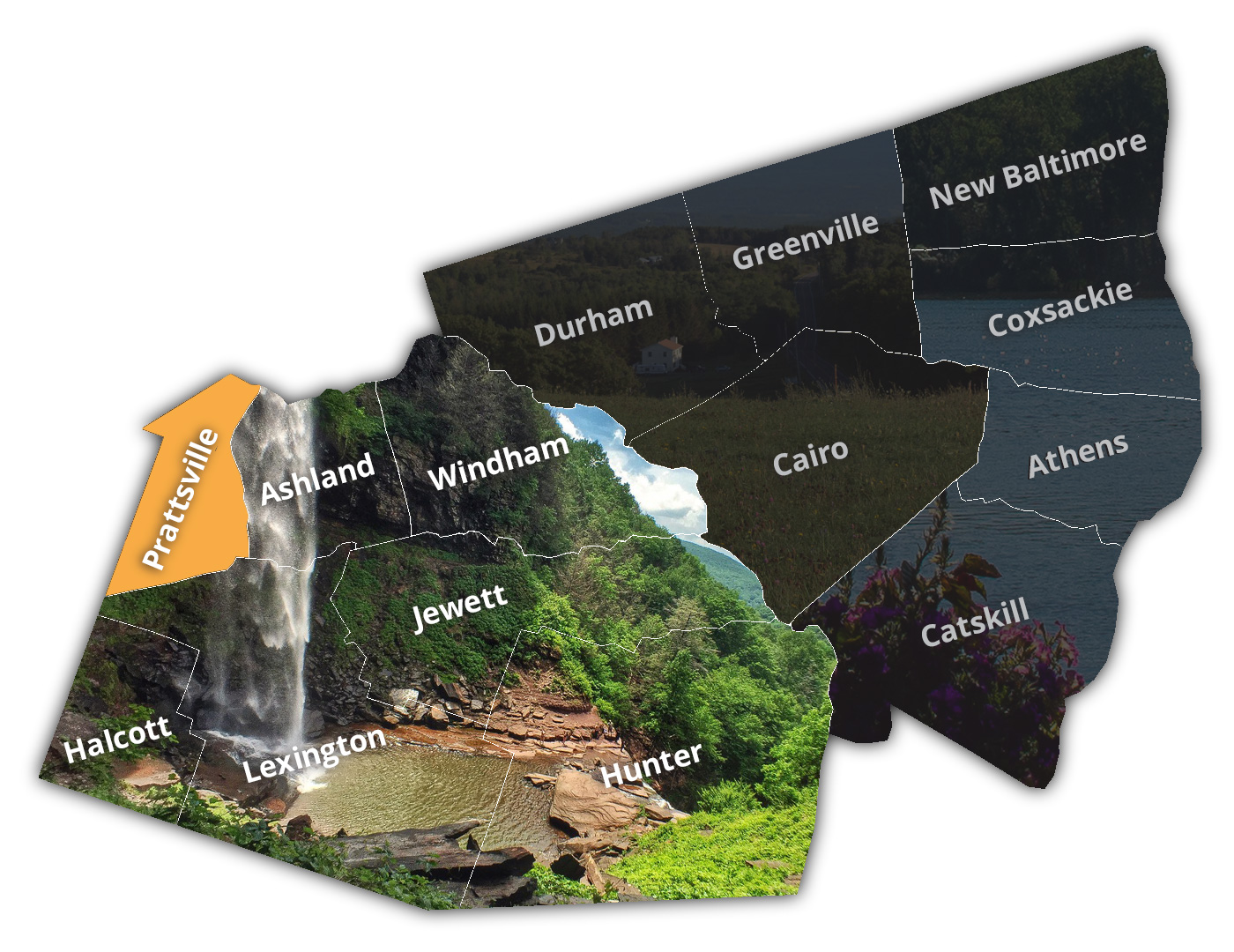 Looking to Start a Business?