Levi Hill worked as a Baptist Minister in West Kill NY, where he experimented with daguerreotypes. In February 1851 Hill claimed to have 45 specimens, which all presented several colors. Hill was unable to prove his claims before his death in 1865. After visiting West Kill in 2013, Michele Delany of the Smithsonian Institute along with, independent Conservator, Corinne Dune, experts from the Getty Conservation Institute and the George Eastman House vindicated Hill and verified his findings.

In 1941 Art Flick took over management of his parents’ hotel the Westkill Tavern.  Near there is the Schoharie Creek where Flick began his lifelong commitment to stream conservation.  He is the founder of “Catskill Waters’, which is an organization that fought for improved tail water releases from New York City’s reservoirs commonly known as fish for fun.

Charles Schreyvogel, a famous self-taught artist, bought a home in Lexington where he painted some of his greatest works.  His art is displayed in numerous museums including the Metropolitan Museum of Art and sells for upward of 1 million dollars.

Down a long windy road in West Kill you will find a craft brewery which often has music and pop up food vendors for their customers to enjoy.  With the AirBnB industry growing, you can stay in Lexington at one of the several B&Bs, or rent a cozy cabin in the woods, a micro-cottage for two, or a farm house that accommodates 16 guests.  There is even an Artist in Residency program at the local inn.

Throughout the year the West Kill Lexington Community Hall Improvement Association holds several events including a holiday brunch, summer barbeques and pot luck dinners.  Celebrate at the Memorial Day Parade or the Tree Lighting Ceremony in December.  One of the largest car shows in Greene County is held at the end of July at the municipal building.   In the fall hunters can enjoy the Northern Catskill Hunting and Wildlife Expo observing animal trophy displays and firearms as well as enjoying food. 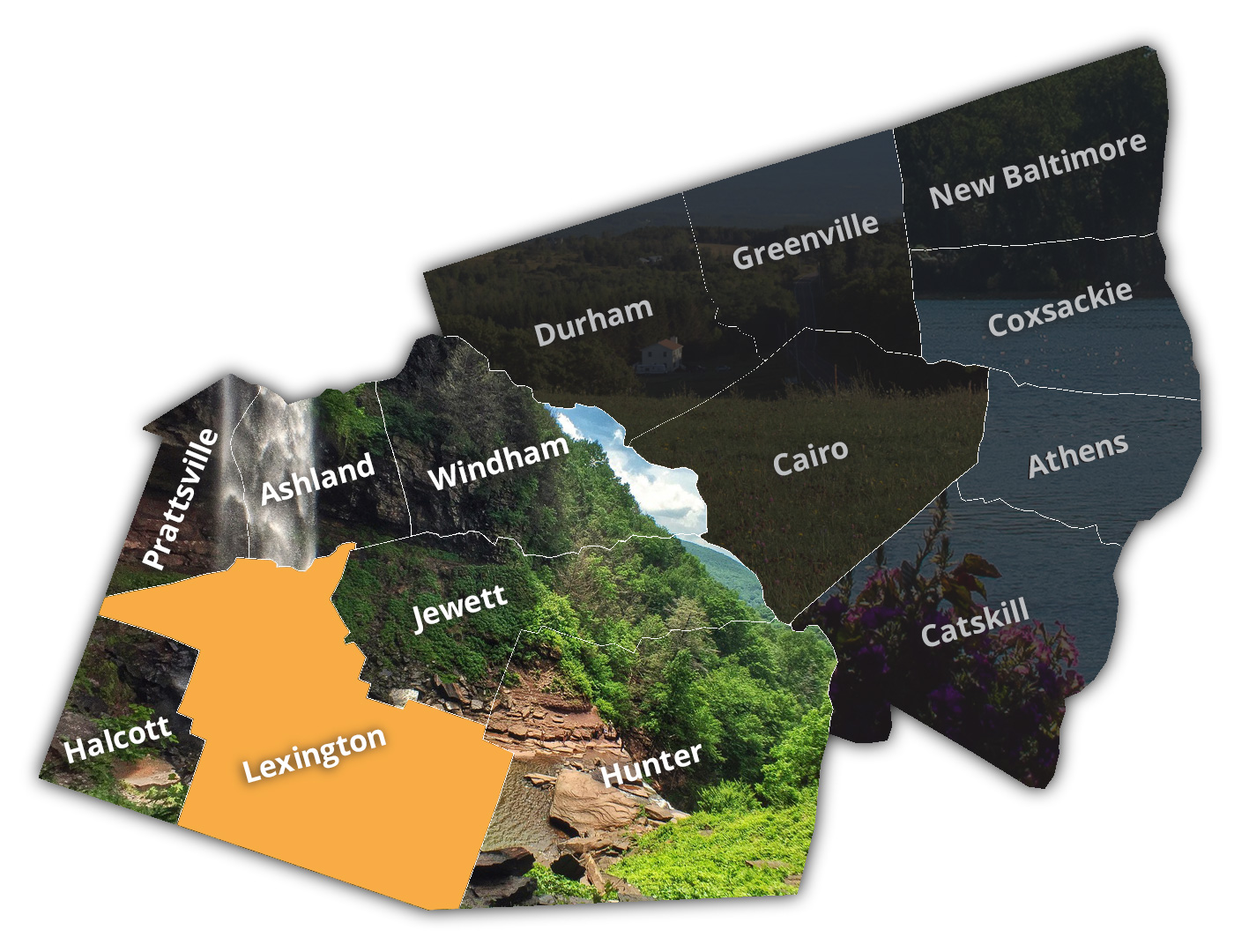 Looking to Start a Business?
Top