The Village of Athens sits on the west bank of the Hudson River, four miles north of the Rip Van Winkle Bridge in Greene County. First settled in the late 17th century, the village, a port on the Hudson-Athens Ferry, became a thriving hub for shipbuilding, brick making, and ice harvesting.

In the late 1800’s the Hudson-Athens Lighthouse was put into operation to guide ships and is still functioning today as a guide for ships traveling the Hudson River.

A major plot point in War of the Worlds (2005) took place in Athens. In the movie, most of the town is shown being destroyed. These are the scenes where the flaming train passes by the cast and the crowd is going towards the ferry.  Thankfully this is just fiction.

Lower Second Street in the village has become a hub for artisan baked goods, craft beverages, great cuisine, and entertainment.  The small and friendly community is made up of an eclectic group of artisans, business people, and families who all enjoy the beauty of this historic area and the essence of village life.

The town of Athens hosts Greene County’s largest street festival, on the second Saturday of July, with plenty to do and see for all ages. There are vendors lining the streets with everything you can imagine. You’ll find crafts, clothes, jewelry, accessories, art, animals for the kids to see, a classic car show, and more. The festival kicks off with a parade and ends with a breathtaking display of fireworks.  For over 40 years, this event draws visitors from around the region and across the country with world-class performers and great regional fare.

Take in the spectacular views of the Hudson River at the Athens Riverfront Park to enjoy a picnic or take a stroll with the family.  You can also enjoy live music by the bandstand Friday nights during the summer months. 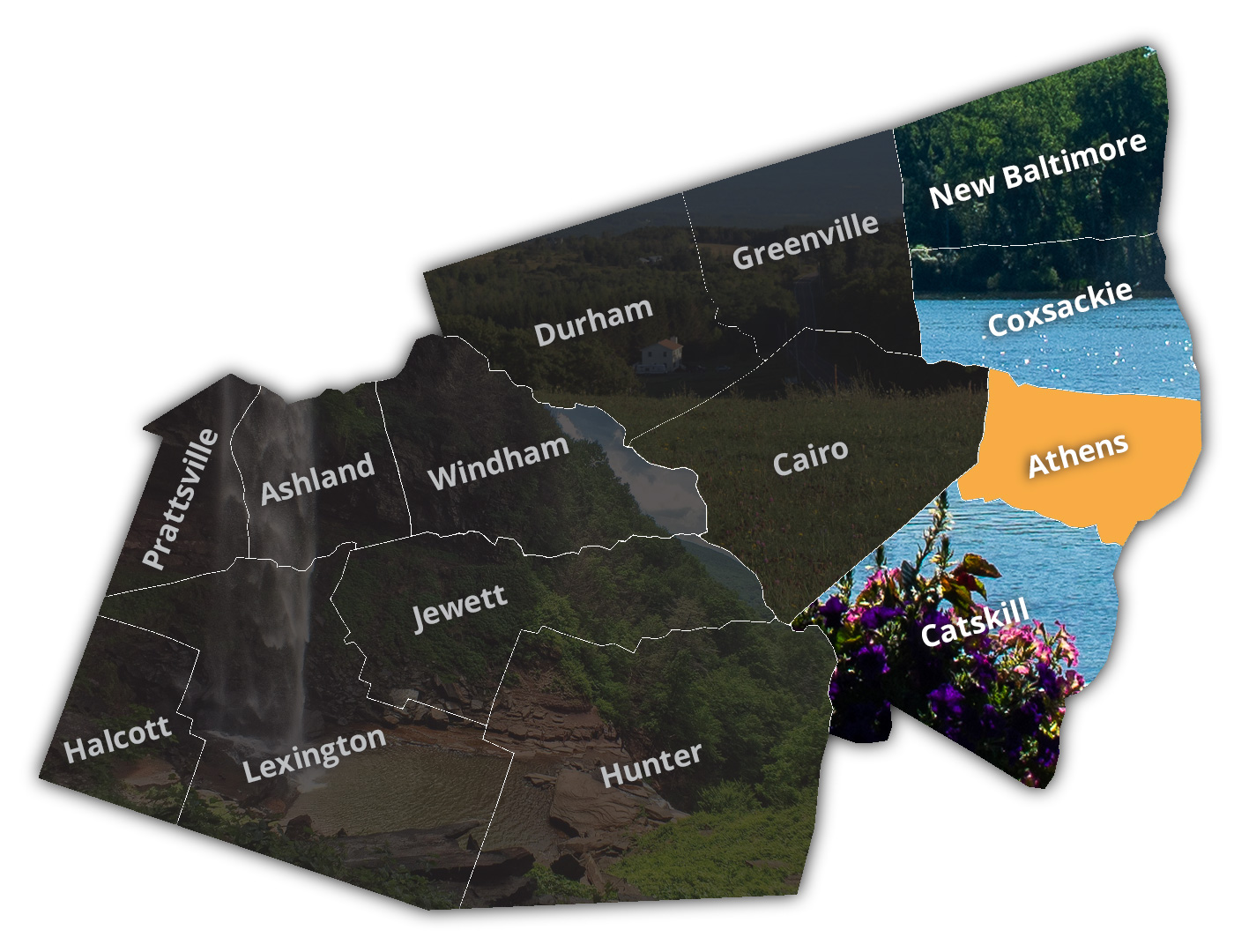 Get a View of the Area

Looking to Start a Business?